Des is one of five founding members who met on 4th November 1992 of what would become the Severn Wildlife Carvers. He started carving in 1986 following a meeting with Bob Ridges of Farrington Gurney, since then he has carved in excess of 250 birds and has recently branched out into Butterflies to use up the off cuts generated from the bandsawing of blanks for his birds.
He is currently working on a collection of 'Butterflies of the Bristol Region' taken from a book of that name. He has also delivered over 50 talks on the 'History and Manufacture of Decoy Ducks' to the Womens' Institute, Rotary clubs and other organisations.
Des also has an interest in social and ritual dances of 17th & 18th century England. He is a memeber of the Somerset Guild of Craftsmen.
Click on an image view a larger version.
Float mouse over image to see image description
To view next image float mouse over enlarged image and Next button is displayed at the top Right-hand side of image 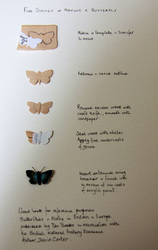 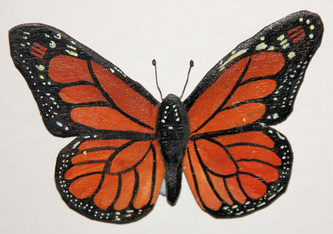 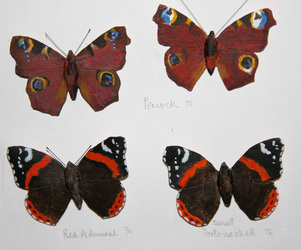 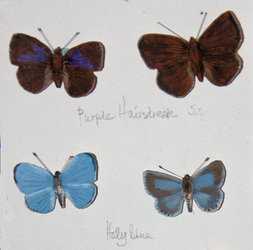 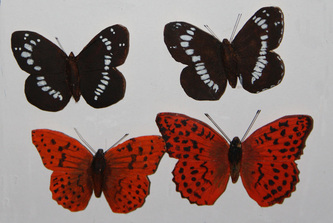 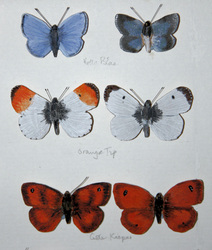 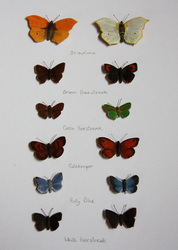 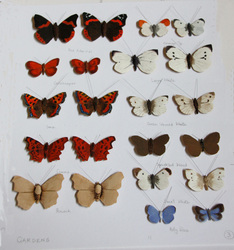 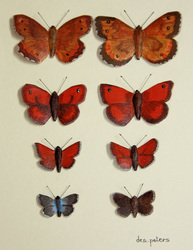